The Face Contour Kit combines a dark matte pressed powder and an illuminating highlighter, in a handbag-friendly mirrored palette.

Contour Kit works to sculpt your features and has amazing slimming effects.

Founded in 1995, in the heart of East London, Sleek MakeUP was created in response to deeper skin tones being under represented in the market. Loved by women of all skin tones, due to its high pigmentation and quality, we became an instant hit with the locals. After years of success, we quickly became a brand known for providing on-trend, high quality products, which weren’t typically available at our price point, as well as being accessible across all skin tones. By 2009, we officially became a Global brand, launching into new markets and online, reaching all corners of the world. Following years of success on the UK high street, Sleek MakeUP became part of the WBA family in 2015. Starting from humble beginnings, Sleek MakeUP is now sold in over 50 countries and over 2,500 stores globally. At Sleek MakeUP our mission from the beginning has always been to promote inclusivity, whilst giving our consumers the freedom to express themselves, unapologetically. Encompassing this fighting spirit, 2017 saw the launch of our first ever film campaign, #myfacemyrules.

There are no reviews yet. 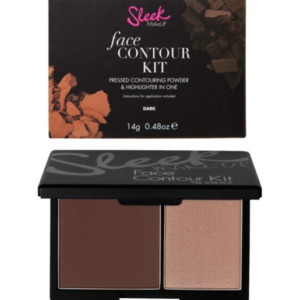 You're viewing: Sleek Makeup Face Contour Kit ₦7,000.00
Select options
Sign in Create an Account
Lost your password?
Select the fields to be shown. Others will be hidden. Drag and drop to rearrange the order.
Click outside to hide the compare bar
Compare
Wishlist 0
Open wishlist page Continue shopping
Shopping cart close